Today was the day.  It was now or never.  Get out and fish, or continue to wait for the weather to turn.  It had to be done.  I could have stayed at home sulking again, maybe tried to write about cabin fever or something, but I've already read some pretty sweet write ups on the subject and I don't really think I could capture the feelings any better than has already been done. I could have tried to tweak some fly patterns for the thousandth time or finished my hex patterns for the year, but my last calf tail was eaten by the dog and I haven't made it to the fly shop yet.  I could have re-organized my boxes, or cleaned my tying bench...again... or read another book about the pursuits of a trout bum, but instead I said yes to the invite.

Fly fishing in itself has made me a different person, a better person, but there are a few bad qualities that is has drawn out of the closet and shed some light on.  As it turns out, I kind of enjoy snubbing my nose at "lesser" or more base forms of fishing, such as, but not limited to:  anything involving fish but not a fly rod.

Ice fishing is sort of like when the best looking girl at the bar FINALLY comes to talk to you, but only to ask if you'd like to dance with her frigid, ugly sister.  It's ok if you're several drinks in, but you certainly don't want your friends to see you doing it, much less sober, and aren't going to tell anyone about it.  That said, when you have an itch you have to scratch it, and when it boils down to it I'd rather have a jigging rod in my hand than no rod at all. 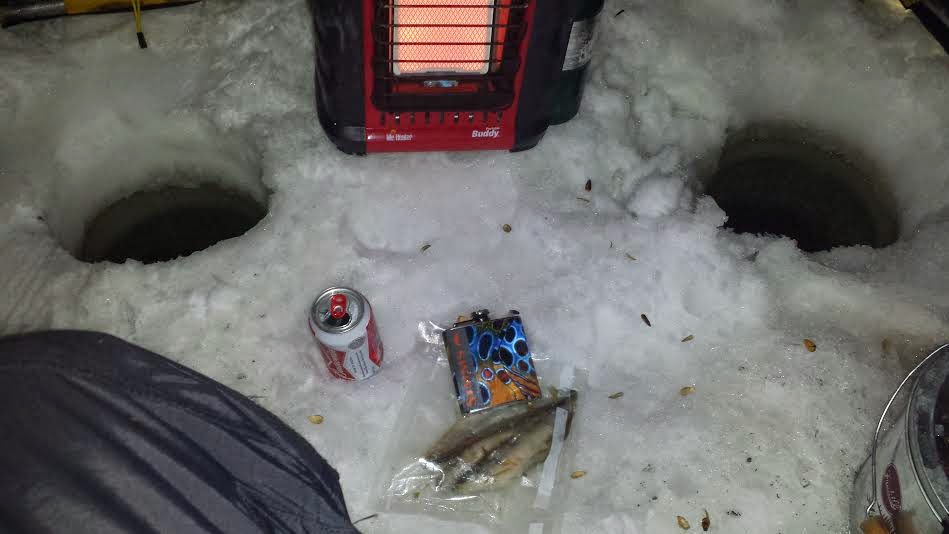 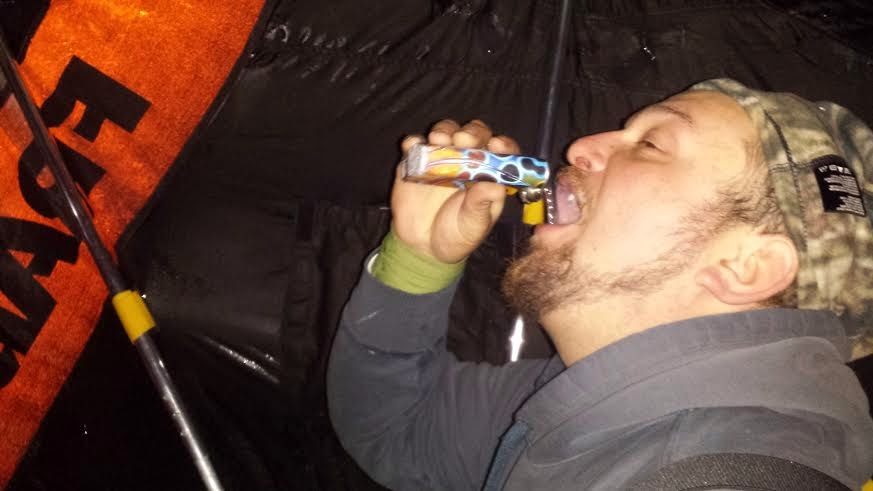 Alex is an old school ice-aholic. (You can tell by the picture) In the last few years he has seen the light and been saved by the grace of Trutta and Fontinalis, but he still spends most of his winter, when possible, on the ice.  By the time I got to his house the thermometer was already reading 8 degrees.  Balmy.  I wish I could say I have some cool ice fishing, snowboarding, or snowmobiling gear, but alas, I could be seen wearing my old school puffy black snow pants.  The kind that feel more like plastic bags when you're actually putting them to the test out on the frozen tundra of a northern MI lake.  The snowmobile ride out was pretty quick, but I could already tell that I may not be quite as tough as I'd like to think.  After drilling the first few holes my nostrils were frozen shut and I couldn't have closed my eyes if I wanted to.  It should be noted that Alex is a tough bastard who probably wouldn't admit he was cold even as he drew his last hypothermic breath.  He works outside all winter long, currently on the shores of Lake Michigan. The wind picked up, temps dropped, and we were both in silent agreement that we would spend the afternoon tucked away in the portable shanty, to hell with checking flags and freezing fingers.

I have a few rules about ice fishing.  I'd buy the minnows this time as long as he doesn't EVER bring it up in conversation, especially not within 20 miles of a trout stream.  Secondly, any brown trout caught through the ice immediately loses 50% of it's length for the purpose of bragging rights and should never be brought up during talks of browns caught honestly on a fly rod.  Any legal walleye (I think 14 inches) are all the same.  A 12 pounder holds as much "weight" as a one pounder.   I haven't developed a rule for perch just yet, but I'll get there.

At this point, I should probably back track and admit that I had a hell of a lot of fun. We didn't catch a single fish, it got as cold as -4, I thought I would cry when my fingers thawed out, but it was exactly what I needed.  5 hours talking about this spring's streamer trips, the hendricksons that would follow, drakes, hex, way too much mousing, a few U.P. trips, a few beaver dams, and a brook trout lake or two, while having a few beers can do wonders for your mental stability.  Being cooped up for so long can take it's toll but the beauty of living in  Northern Michigan is that the winters bring a sense of urgency to the short spring, summer, and fall.

Chase Contentment, chase trout (if you can find moving water), and fish on! 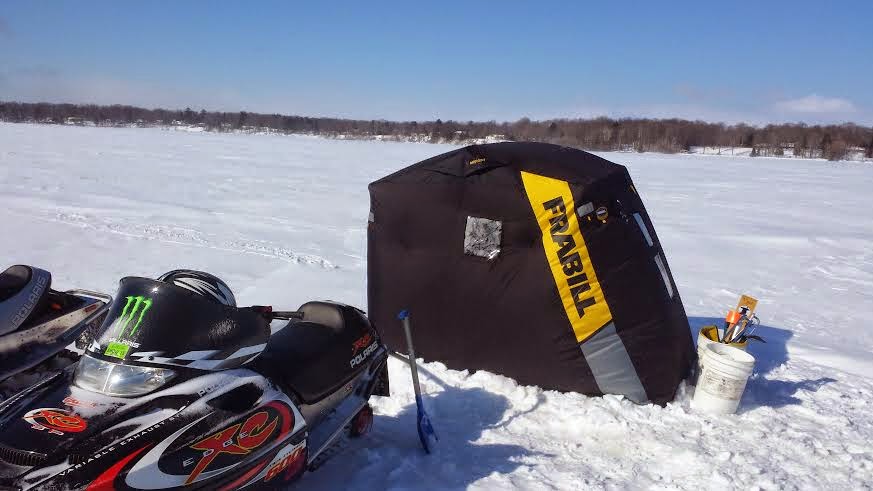