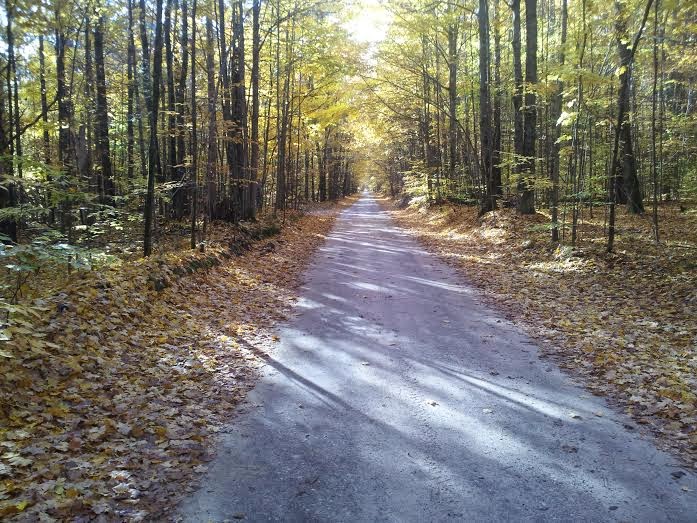 It's a blessing and a curse...having the "fishing gene" as a friend calls it.  I have an unrest, there's something not right with me.   If I haven't been on the river in a while, people around me start to notice.  I can feel it right now.  It's been about two weeks.  Two weeks since I've stepped into a trout stream, two weeks since I've connected.  Not with a fish necessarily but with myself.  Connection with a fish is a bonus. Maybe it's why I haven't written much in the past month. I think fishing gives my life cohesion, allows it to have a natural ebb and flow.  Without it I spend way to much time with a 1,000 yard stare, trying to be somewhere else, conjuring up a new existential crisis.

Trout are my scape goat, my alibi.  I think.  Maybe that's why I have no real desire to keep a trout.  Trout have no dog in this fight, in fact they'd prefer if I wasn't there.  But I use them.  I use them to transport me.  To occupy my time, thought, feeling, and energy that would normally be devoted to such worldly things like:  bills, work, workplace drama, relationship drama, yard work, the leaking faucet, the strange noise coming from the Jeep, and the time bomb that is my septic system.

I use them.  Why else would a seemingly normal person spend every night not spent on the river in a space dedicated to the sole purpose of spinning falsifications of fur and feather designed for deception.  Designed to fool my excuse. It makes me wonder which one of us is being fooled.

I've recently learned that it's easier for me if I get a clean break from fishing.  If I go a long period of time (generally 14-21 days) without fishing, I can begin to function as a normal person towards the end of it.  Here's my problem, my plight, my predicament:  if I fish once a week, the other 6 days are spent planning when I can get out next, maneuvering schedules and sidestepping responsibilities to try to make it happen.  This time of year presents a problem...I can only manage to get out about once every week, sometimes less.  It's not enough.  I should quit cold turkey and get the withdrawals over with .  When November hits I should clean and stash my stuff like a normal person...but I can't.  For the same reason (kind of) I've never really been able to quit nicotine.  I've quit smoking and used nicotine lozenges for four years, only to trade those for cigarettes and lozenges, back to just lozenges, and currently no lozenges but a pipe.  On a side note, I have to admit that smoking a pipe while tying flies feels ultra anti-authoritarian and hip.  Maybe I will try to get into scotch to round out the experience, but for now cheap whiskey will suffice.


Tying flies does help with the sting a  little bit though, gives me a reprieve from my insanity.  I tie differently in the fall/winter than the rest of the year.  Gone are the feverish sessions at the vice during the peak fishing season tweaking patterns, adjusting wing size, sparser hackle, slimmer profile, adding this, taking away that; sneaking a few flies in whenever I can if I'm not on the river.  The "off" season yields a much more calculated approach to tying.  I generally start with some sort of scribbled list of flies I'll need for next year.  I normally tie in the same order that the hatches occur, so first comes bwo's, hennies, then drakes, hex, isos, ephorons, terrestrials, etc. (streamers get thrown in somewhere in the mix, normally when I need a break from being so precise, and I never really stop tying mice patterns, just take week long breaks)

I'm not quite sure why, but I always tie about 30-60 of each pattern, even though I know 3 days into the hatch next year I will deem the entire batch unworthy, and only fish with the flies I've tied right before leaping into the Jeep on the way to the river that very night.  Maybe that's weird, maybe not. I think it has to do with being tuned into the hatch.  You see, when you're in the zone you have to recognize it, and when you've been standing on a river every night chasing bugs and fish, you get tuned in to what they look like on the water, exact size, how they move, etc., and no amount of pictures or reading will ever compare to being in this "hatch zone" mindset.  I guess what I'm saying is, in my mind, those hastily tied patterns, whipped up in a blur before speeding off to the river, even if virtually identical to the winter tied patterns, are just better.  There's is something different about them, an unidentifiable, intangible quality that makes them superior.  Maybe it's that they haven't been "factory tied" by a fly fisherman in the depths of winter withdrawals, but rather by an all too excitable junky in the deepest thralls of his addiction...someone who is simultaneously at the top of his game yet out of his mind.  Deranged but astute and precise.

Over time, I've stopped using traditional dry fly patterns so to speak.  I guess what I mean is, I no longer google "gray drake pattern" and read everything there is to know about what patterns people like and use. I generally read more about gray drakes themselves and spend time looking at the bug and design my own pattern that way.  This does a few things, but I think what I enjoy most about it is I continue to learn more and more about the bugs I'm chasing from a technical perspective and also enjoy an ego boost when I catch a fish on not only my fly, but my fly pattern. Even though in most cases, every fly I tie is nothing more than stolen ideas of past greats, current innovators, and maybe the extremely occasional original idea from my own head.


It's time to go fish.  Time to cram way too much into way to little time before winter sets in.  A steelhead trip is only a few days away and I also promised myself I would find a big fall brown or two this year. Even if I don't, I refuse to spend the winter thinking it was because I wasn't out there in my element, wisely spending my time.