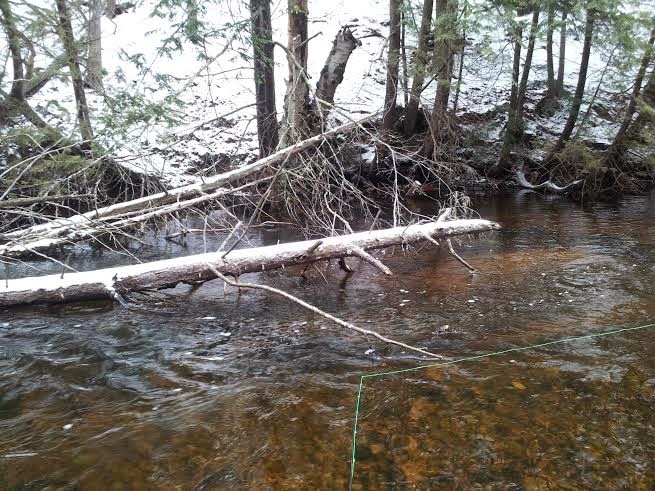 I've decided to do a list of what I'd like for Christmas, mixed in with a few new year's resolutions.

First a few disclaimers:  it goes with out saying that of course I'd like my family to be happy/healthy, world peace, and all of those other feel good things that are obvious.  So here it is, the real list, the master list:

In fact, let's eliminate small talk all together.  I don't care what you heard about the weather, or what you think about the school system, you don't care what my kids have been up to.  Agreed?  Maybe I'm just an introverted asshole and should work on my people skills.

I'd prefer to never step foot in a wal-mart again.

Some of those Steelhead Gloves from Kast.  I've never found a happy medium when it comes to gloves for winter fishing...maybe the problem is that I haven't bought an $80 pair yet, but alas, that will probably never happen.

A sign for everyone that prefers to do 100% of the talking during a conversation.  It would just make it a hell of a lot easier...that way I could just walk away.  They wouldn't even notice.

I'll need a trailer to go along with the boat...and a trailer hitch for a Jeep compass.

One day, I'd like to have a best friend with a plow truck.  All of the benefits, none of the hassle.  I'd just take him fishing in my drift boat as repayment.

A $5.00 spool of amnesia, 25lb test, so I can bang junk in the Cheboygan river...and cry myself to sleep at night.

Also, someone to tie my egg flies for me.  I'm not sure what it is but I've never been fond of tying eggs.

I'd like 2 spare spools for my Allen reel.  I should have bought them a long time ago.  Why didn't I?  I'm to lazy to change out the sinking line for the floating...half the time I just convince myself I was going to throw streamers anyhow.

It'd be cool if Allen finally sent me my replacement rod for the one I broke...in September...but the loaner is working out ok.  I guess the replacement hasn't been released yet, I don't know.  Also, I broke the first loaner they sent me so they had to send another one, so all in all I'd say they're being pretty cool.

A replacement top half for my Redington Classic Trout that was inadvertently launched across the river into the great abyss... but I think I'm going to buy a Mystic rod to replace that one anyhow.

I know this is counter intuitive to me writing a blog, but I'm getting pretty god damned sick of reading the same fly fishing articles over and over. Social media doesn't help. Let's get some new shit this year!  Although, I found one of my grandpa's old fly fishing magazines...this thing was from the late 80's...guess what it talked about?  I don't hold out much hope.

I'd like to spend a few minutes in a room where everyone wasn't vying to be the smartest person there.  We could just admit most of use are dumb.

I'd like to get my wife onto some really nice trout...maybe that's not it...maybe I'd like to be able to have her experience some of the emotional subtleties of fly fishing.  Yeah.  To watch the sunset as you cast to the last rising trout during a small hatch of drakes.   Bingo.

I'd be ok with another horrendous winter.  Don't get me wrong, I'm not a big fan, but last winter made for some ridiculous fishing this spring and summer!

I'd like a winter supply of Oberon.  Not for everyone, just for me.  I don't want to ruin the appeal, but a few months of the stuff isn't long enough.

I'd like to stop rushing.  I'm not sure why I rush, I don't really have that important of a life, but I'm always in a hurry.  I'd like to slow down, take a breath.

I'm going to throw in a custom bamboo rod for good measure.  I'd be too scared to fish it though.

I'd like to spend a week without the kids.  Perhaps even just a weekend.  I love those kids, but I'd really like to get away...from them...or stay in...just without them here.  It'd give me a chance to miss them!  That might make me a bad person, I don't know.

And I'd like to get out and FISH!  I spend half of the winter planning on going out, the other half telling myself it's way too cold.

There should be no snow on the ground by this weekend so the good spots should be accessible!  Maybe I'll see you out there...hopefully not though.

Have an amazing Christmas, keep your sanity, tie up some eggs for me, and fish on!