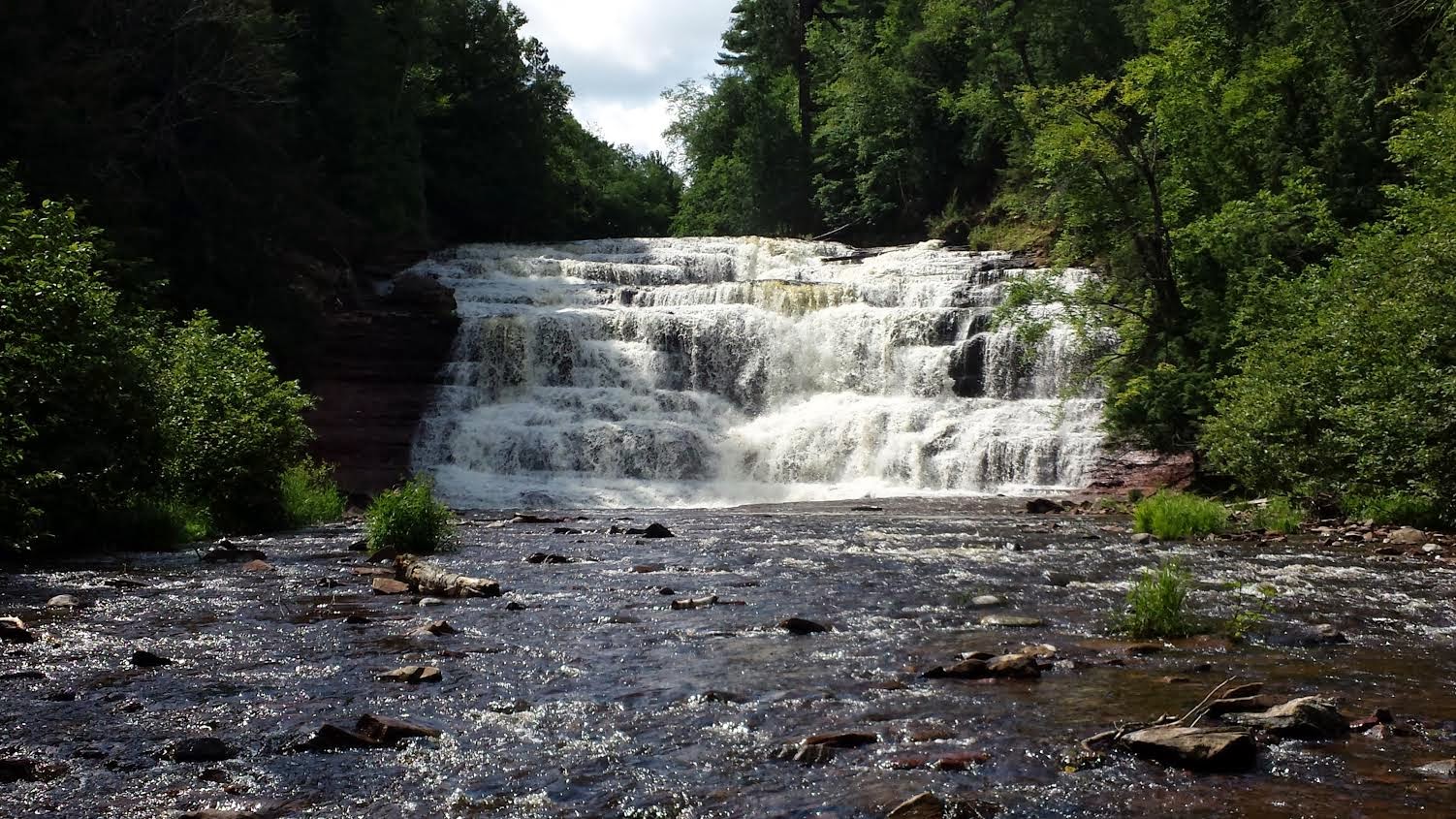 There aren't many places like it.  My safe haven.  You could spend the rest of your life getting to know it, getting lost in it, becoming consumed. Away from crowds of people, tourist attractions, forced small talk, and meaningless conversations, a literal breath of fresh air.

Time seems to stop there, it ceases to mean anything, loses its power.  A clock is of little value.  It's as if it isn't counted against me, like I'm not getting older, instead I'm given a child like sense of wonder, given new eyes with which to see the world.  I guess the best way to say it is that the time I'm spending is free.  Maybe spending isn't the right word...I'm utilizing time.  It's far from perceptible, yet as recognizable as your own bed.  It is a cosmic connection.

As I sit at my fly tying desk and write this I can feel my blood coursing with anticipation. Anticipation. The trip is soon.  It's always bitter sweet,  the ending of summer, but it can't get here soon enough because with it brings the annual trek to the end of the world.  I would be almost hesitant to live there, too afraid that it may lose its charm.  But I don't think that's quite possible.

I'm not 100% sure why the U.P. is so special to me, or why I hold it so close.  I've been going since I was a kid...maybe 12 or 13, fishing and getting to know my dad and getting to know myself. Myself.  Dads are different in the U.P.  Maybe that was part of the attraction.  Free from the confines of social norms and societal  influence, a kid has a chance to find out who he is and where he fits in the adult world.  No longer was I shielded from the stories my dad would tell his buddies, for I was an equal.  The curbed language more normal for a kid my age stopped at the bridge, and it was a new and exciting world.  I drove a car for the first time up there, had my first beer, stole my first taste of Jim Beam and then a few more, went to my first truly redneck party,oh, and I caught some amazing fish up there too.

Every year the spots changed a little, a few were added, a few taken away, and a few have remained constant. Constant. Some river systems have been abandoned entirely, too many people found out... roads where there used to be squirrel trails, trails where there used to be long walks through the deep woods with a compass.  Forests logged and turned unrecognizable, houses erected on the bank of the river, infringing on what was once wild and unmolested.  That's the nature of the beast I guess.  I'm not entirely sure how I feel about it, but for the most part I struggle to not be upset with the prospect that maybe time really does exist up there.  It must. If not, why do I wonder whether or not my son or daughter will experience those same spots, or if we'll be on to a new location?  Perhaps we're to blame...maybe no one...probably everyone. Everyone. Maybe blame is a poor word, and eventually I will have to resign to the fact that there aren't many untouched wildernesses left, and maybe the idea only ever really existed within me.  After all, if I really am the first to fish an "untouched" spot...it ceases to be "untouched"...it ceases to be what I loved...because of my doing.

Everyone deserves an escape, to have a place that is held so close you can feel its pulse, hear its breath, and exist not only within it, but as a part of it. Part of it.  It's sad to me that so many people grow up without even so much as a chance to experience their own version, but maybe it's sad to them that I don't have a coffee shop, book store, restaurants, or bars, within walking distance.

I spend at least 2 weeks in preparation.  Plans are carefully laid, no detail overlooked.  Never are my fly boxes more organized or line cleaner. Never is my mind so focused, content, and at peace. The process of preparing itself is something I look forward to with almost as much vigor as the trip. It is a religion...it is sacred.

Mostly, I will go prepared to relish in what can only be described as where I belong.  Relish in the feeling that I'm no longer trying to go somewhere, but that I have arrived. Arrived. Relish in the rivers, the trout, the camping, the adventure...but mostly, say hi to myself again, it's damned good to see you...the real you.  The real you.