Withdrawals and A Lesson in Hypocrisy

I think I'm getting the shakes.  I haven't been fishing in at least 7 days...or has it been 8?  I decided to take a hiatus after over doing it for so long during the hex this year.  6 or 7 nights a week for that long can really take it's tole, but I think I'm finally recovered.  I anxiously await this time of year and now that it's here there is no excuse not to get out there...the winter tying sessions will be here soon enough.  I've been making excuses.  Well, getting a vasectomy is a legitimate excuse, but an excuse none the less.  The lawn needs mowed, the kids got a play set that needs to be set up, revived, and painted, the shed needed to be cleaned and organized, garage in disarray, fly tying bench is a nightmare, family needs to be visited, weddings attended, nighttime temps too low....anndd  CUT.

I feel better already.  Most of that stuff is already done and the things I haven't listed aren't that important anyhow.  The lawn still needs attention, it's been a few weeks, but I'll leave work here shortly and get that taken care of.  Or not.  Either way, tomorrow night I'll get my fix (maybe head out tonight too). Going to hit a local trout lake in the early evening then off to throw some rodents.

Anyone else have a separate email folder dedicated to fly fishing?  Or maybe your whole email is.  Maybe you're one of the lucky ones that doesn't have to have an email!  My problem is I do a lot of my work through email, but I spend most of my time  in the fly fishing folder.  Blogs i follow, Allen's "deal of the week", Orvis's 10 emails a day, Kelly Galloup stuff, all of the local fly shops and some not so local, destination fishing trips, Feather Craft and J. Stockard deals, fly fisherman magazine telling me i need to re-up (I dont think I will).  I can only read the same article so many times.  I went through my phase with them though.  Tying every "hot new pattern" they threw my way,  planning trips to fish with April Vokey and moving to British Columbia.  Dreaming about Argentinian brown trout.  Learning the top 10 tricks most fly fisherman don't know, for Christ's sake it's like Cosmo for anglers.

I guess I finally learned that I would rather read things like Fontinalis Rising, Michigan Fly, Living Fly Legacy, the Fiberglass Manifesto, Moldy Chum, Gink and Gasoline, Kype, Fly Fish Food, and a ton of other amazingly written REAL LIFE STUFF that I haven't listed including several saltwater blogs. They don't bombard me with the latest and greatest line nippers priced to sell at $50, or wading boots that will "put me in front of more fish." It's like the difference between shopping at a Bass Pro Shop or your local fly shop. They both have their place I suppose, but the fly shop wins every time. 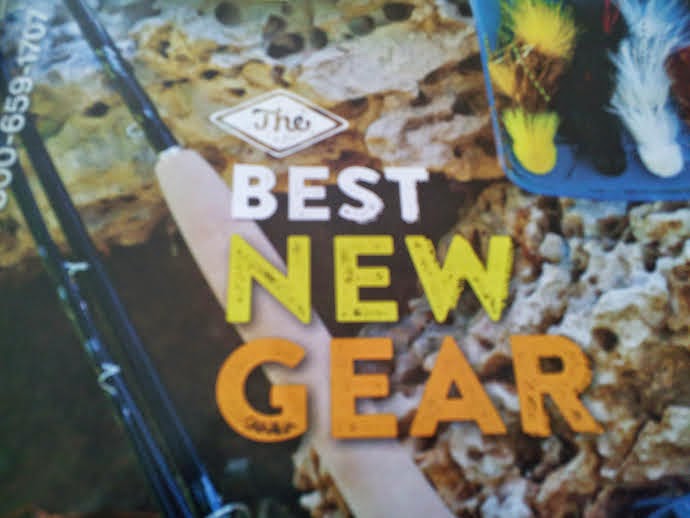 I get sucked in though...I love the NEW stuff just as much as the next guy, but eventually I start to lose sight of what I'm trying to accomplish here.  The more I get bogged down with having the newest most fashionable chest pack, the more I'm going the way of the rest of the world, which is contrary to the reason I fly fish in the first place...to lose myself and find myself in nothingness, oneness, quite contemplation and reflection, excitement, disappointment, relief, and countless other emotions. If you think about it, fly fishing is a way to practice feeling the emotions of the real world on a scale that really doesn't matter. Although...nothing reaaallyy matters, does it (I don't want to go down that rabbit hole).  But, one of the intrinsic traits of fly fishing is that it allows me to take a step back from everything I don't like about society, and I can't help but see the hypocrisy of that goal and obsessing over the newest fishing widget.

I think what I'm saying is...I'm a hypocrite.  I'm on both sides of this fence. Sometimes I feel bad about it, most of the time I don't. I try to balance the compulsion for more and newer with the real reasons that i fish, and sometimes they don't exactly match up, but that's OK.

Yep, I want to read about Sage's newest advancements in "Konnetic Technology", but God damn it I don't need to do it every single day, and with every turn of the magazine's pages.

Sometimes, I like to grab my 7 ft 5 wt eagle claw glass rod that cost exactly $19.99 and fish it like it owes me money. There.  I said it.  I have a nice expensive rod or two, and I love them.  They're light weight and make me feel like I can cast across the straits of Mackinaw, but I can count on 1 hand the amount of fish I've caught with a 70 foot cast...none...probably because I can't cast that far, but you get the point.  It drives me bat shit crazy that a $600 rod is now considered a "mid-ranged" rod price.  BUT, I had to have one, and it's a sweetheart. I also like to throw on my neoprene waders (especially this summer because it's been so cold at night) but I always feel a little odd, like I stand out in the crowd and maybe I should have worn my name brand pair with the latest and greatest seamless weld technology with the waterproof pockets, and adjustable upper section from chest to waist highs.

That new Fishpond pack is just so sexy though, and it holds so much stuff!  Maybe I could catch more fish if I had it...